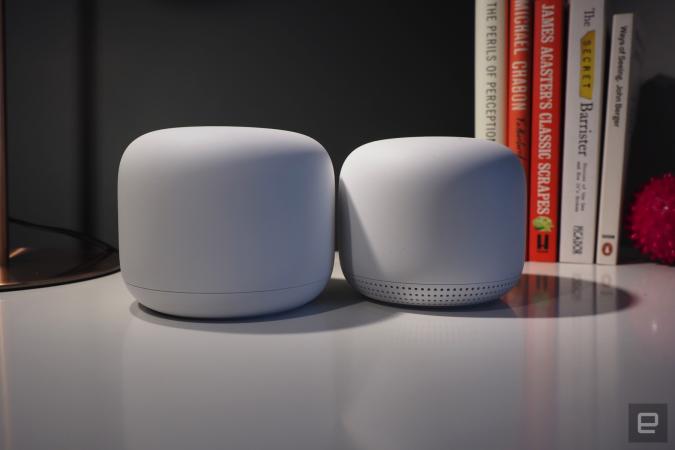 Google’s next WiFi 6E router may have been revealed prematurely via a B&H Photo Video listing, 9to5Mac has reported. The “Google Nest WiFi Pro 6E” is shown available for pre-order at $199.99 in multiple colors, or $299.99 and $399.99 in 2- and 3-packs. No images or other details are shown, including whether it will ship with the “Point” network extenders.

Google’s Made By Google event takes place on October 6th, with the company set to unveil the Pixel 7, Pixel 7 Pro, Pixel Watch and “additions to the Nest smart home portfolio.” That now seems likely to include the Nest WiFi Pro, which already leaked in an FCC listing that detailed Bluetooth LE and mesh networking. The update to WiFi 6E means that the routers will be less subject to interference than current WiFi 6 models, thanks to an additional 6-7Ghz bandwidth range.

If accurate, it seems that Google is following the “Pro” naming scheme used on its Pixel 7 Pro and Pixel Buds Pro. It’s therefore likely to sell it alongside the current WiFi lineup which is currently seeing steep discounts — a sure sign of an upcoming product. For instance, the Nest WiFi router is normally $349 for a three-pack but is currently marked down by $150, and the the $100 Google WiFi router is also on sale.