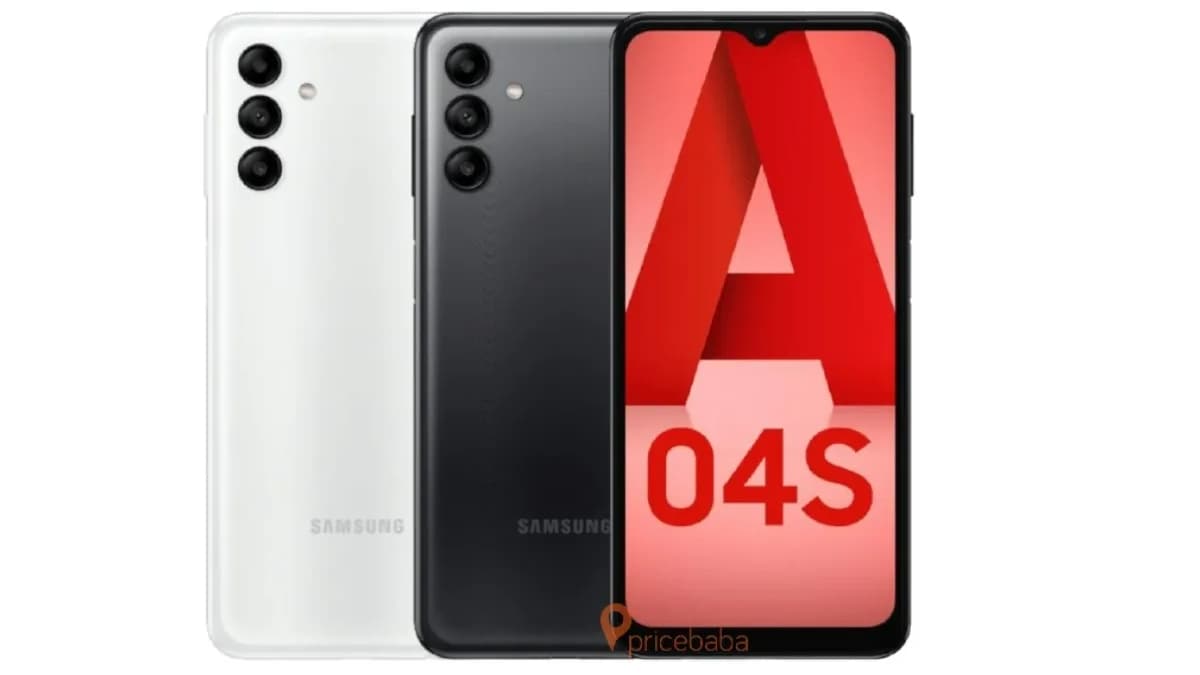 Samsung Galaxy A04s specifications and renders have been leaked online. It is claimed to sport a 6.5-inch display, Exynos 850 SoC under the hood, a 50-megapixel main camera sensor, a 5-megapixel front shooter, and a 5,000mAh battery. The rumoured smartphone is tipped to come with internals that are pretty much similar to the Galaxy A04. It was silently unveiled globally last week. The smartphone’s alleged renders have also been shared and they match the images that have leaked in the past.

As per a report by Pricebaba, the Samsung Galaxy A04s may be priced at EUR 179 (~Rs 14,262) for the 3GB + 32GB option. There could be more variants, but the information on it is scarce. The Samsung phone is said to make its debut in Blanc and Noir colours.

The Samsung Galaxy A04s is reported to run OneUI 4.1 based on Android 12 OS. It is said to come with a 6.5-inch HD+ display with a waterdrop notch, 90Hz refresh rate, and Gorilla Glass 3 protection. Under the hood, the smartphone is tipped to get an octa-core Exynos 850 SoC paired with 3GB of RAM.

For photography, the Samsung Galaxy A04s is claimed to feature a triple rear camera setup with a 50-megapixel main sensor, a 2-megapixel macro shooter, and another 2-megapixel portrait camera. On the front it could get a 5-megapixel selfie camera.

The Samsung Galaxy A04s may pack 32GB inbuilt storage, which could be expandable (up to 1TB) via a microSD card slot. It could have a 5,000mAh battery unit with support for 15W fast charging and a side-mounted fingerprint scanner.

As mentioned, the specifications of the rumoured Galaxy A04s are pretty much similar to the Galaxy A04 that was announced recently. The differences could be in configuration options and rear cameras. It runs on Android 12 with One UI Core 4.1 on top and features a 6.5-inch HD+ Infinity-V display, gets an Exynos 850 SoC with up to 8GB of RAM, a dual camera with a 50-megapixel primary sensor, a 5-megapixel front camera, and a 5,000mAh battery.