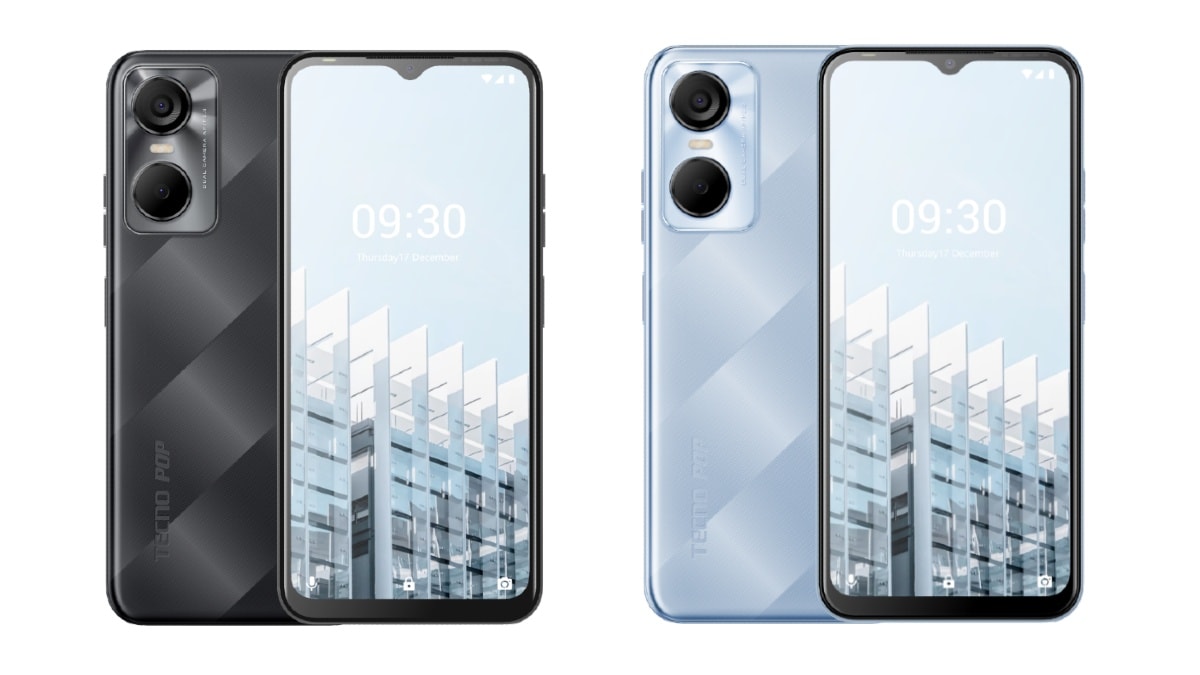 Tecno Pop 6 Pro was unveiled over the weekend to join the company’s smartphone lineup in Bangladesh. It sports a 6.6-inch HD+ Dot Notch display, a dual-rear camera setup with 8-megapixel main camera, an unidentified quad-core SoC under the hood, and a 5,000mAh battery. The smartphone is the successor of the Tecno Pop 5 Pro handset that was launched in India in January this year. Tecno recently teased the launch of the Techno Pop 6 Pro in India via Amazon.

Tecno Pop 6 Pro price is set at BDT 10,490 (roughly Rs. 8,900). The smartphone is listed in two colour options — Peaceful Blue and Polar Black — on Tecno’s Bangladesh website. The phone will soon be launched in India via Amazon. Tecno previously revealed that the Indian variant of the smartphone will come with a 6.56-inch display and a designer back panel.

The Tecno Pop 6 Pro runs on Android 12 (Go Edition) and sports a 6.6-inch HD+ (720×1,612 pixels) display with a Dot Notch cutout to house the front camera. It gets a designer back panel. It is powered by an unidentified octa-core SoC which is paired with 3GB of RAM.

For photos and videos, the Tecno Pop 6 Pro comes with a dual rear camera setup that is headlined by an 8-megapixel main sensor. It is accompanied by an AI-powered unnamed second sensor and a dual flash. On the front is a 5-megapixel camera with flash for selfies and video calls.

The Tecno Pop 6 Pro gets 32GB of inbuilt storage. Connectivity options on the smartphone include 4G, GPS, Wi-Fi, Bluetooth, FM, and OTG support. Sensors onboard are a gyro-sensor, ambient light, distance, and a side-mounted fingerprint sensor. The smartphone packs a 5,000mAh battery and it measures 164.85×76.25×8.75mm.

Buying an affordable 5G smartphone today usually means you will end up paying a “5G tax”. What does that mean for those looking to get access to 5G networks as soon as they launch? Find out on this week’s episode. Orbital is available on Spotify, Gaana, JioSaavn, Google Podcasts, Apple Podcasts, Amazon Music and wherever you get your podcasts.