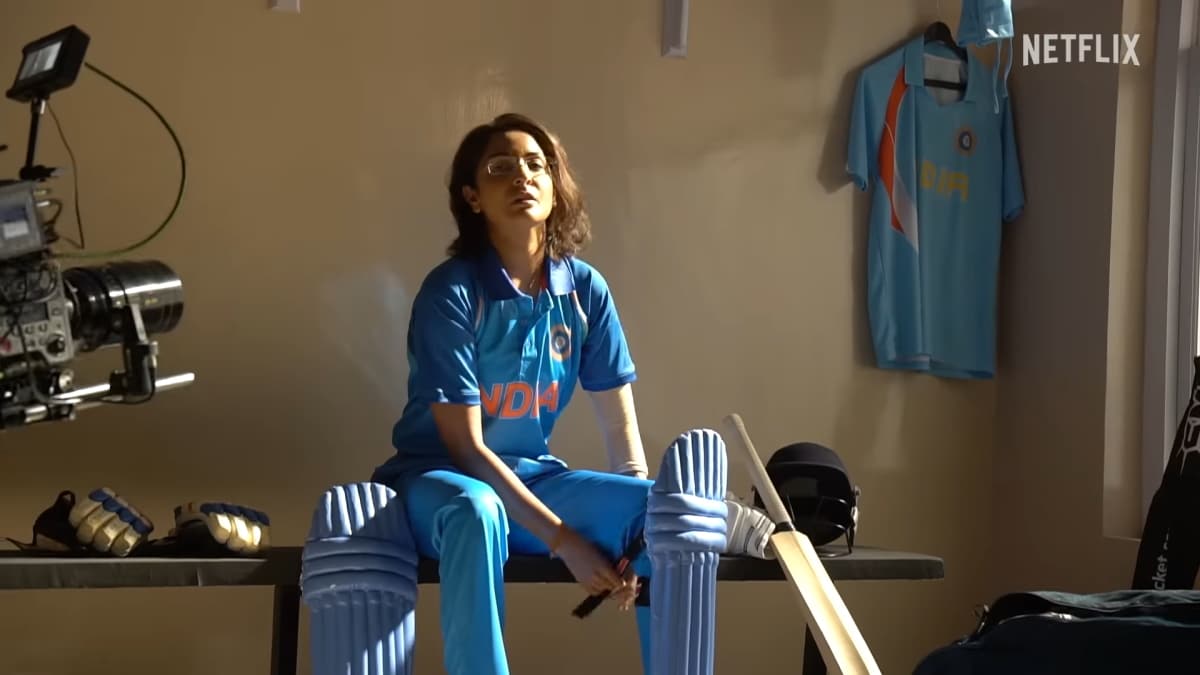 Chakda ‘Xpress just got a behind-the-scenes trailer. On Monday, at an event in Mumbai, Netflix unveiled a new look at the upcoming Anushka Sharma-led sports biopic. The film dramatises the tale of former Indian cricket captain Jhulan Goswami, who played a pivotal role in getting women’s cricket the long-overdue fame and recognition. Prosit Roy (Paatal Lok) directs the film from a script by Abhishek Banerjee (Tanlines), serving as a comeback film for Sharma after her long maternity break.

The Chakda ‘Xpress BTS trailer does not divulge much, besides some random production clips and B-roll footage of Jhulan, played by Sharma, practising on the pitch. It then cuts to director Roy describing the premise of Chada ‘Xpress, detailing her journey from small town Chakdaha, West Bengal, all the way to the 2017 World Cup finals. There are some brief glimpses of Sharma in short hair, portraying Jhulan’s younger self — a tomboy of sorts — mimicking bowling techniques in the free time she gets at home.

“We are trying to capture the raw energy of Jhulan, and we are trying to be as honest as possible with the story,” he added. There’s also a point when the real-life Jhulan Goswami shows up on set, guiding Sharma with character portrayal and techniques on the field. In addition to popularising women’s cricket in India, Goswami also holds the world record for the highest number of wickets in an international career, which spanned over nineteen years from 2002 to 2021.

Netflix had released an announcement trailer for Chakda ‘Xpress earlier this year, which showed the dire situation the Indian women’s cricket team was in. Stadiums were empty, there were no personalised jerseys, and it shed light on the over-saturation of male audiences/ fans in the sport. “If cricket is a religion, why are men the only gods?” a tagline appeared at the end of the trailer.

“At a time when Jhulan decided to become a cricketer and make her country proud on the global stage, it was very tough for women to even think of playing the sport,” Sharma previously said in a prepared statement. “This film is a dramatic retelling of several instances that shaped her life and also women’s cricket.” Anushka is producing Chakda ‘Xpress along with her brother Karnesh Ssharma via their production banner Clean Slate Filmz.

Currently, there is no release window for Netflix’s Chakda ‘Xpress.