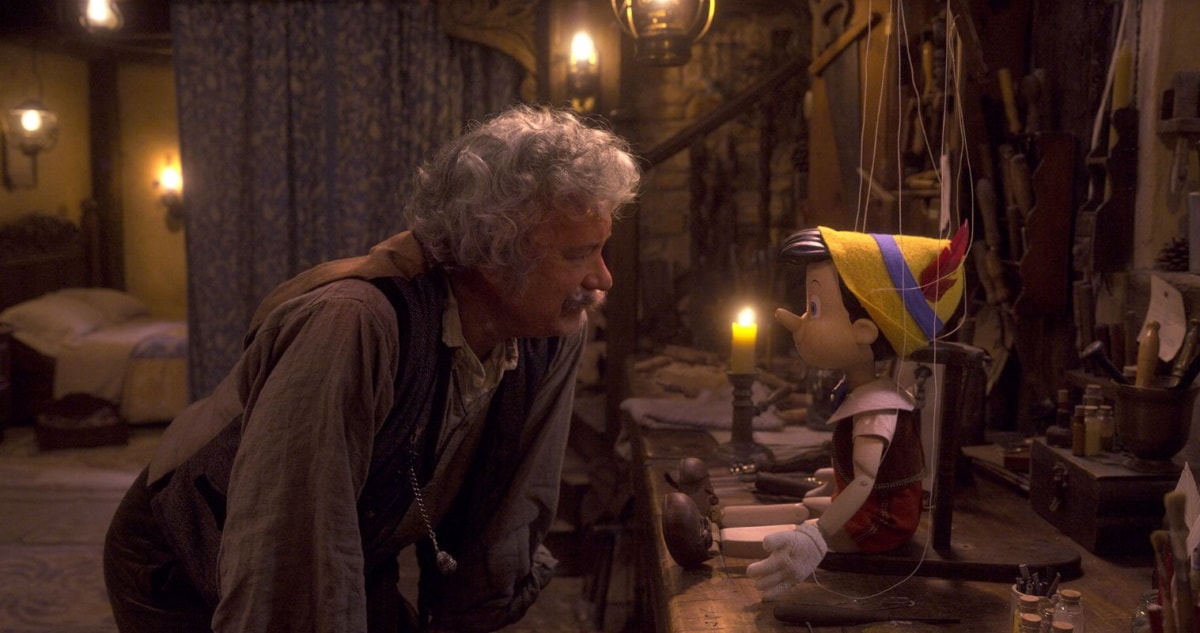 Disney’s Pinocchio just got a new trailer, ahead of its premiere on September 8. Walt Disney Studios dropped a final trailer for the Robert Zemeckis-directed live-action adaptation, which releases exclusively on Disney+ and Disney+ Hotstar. The film continues the studio’s newfound trend of turning 2D animated properties into life-like CGI, catering to a new generation of audiences. The original Pinocchio first debuted in theatres in 1940, and won two Academy Awards. This new Pinocchio trailer is the first time fans get to see the wooden puppet boy in action.

Disney’s first teaser for Pinocchio cut off right before the long-nosed puppet was brought to life, and focused on some tone-building aspects. With this new Pinocchio trailer, we get to see our hero being created and raised by his maker/ father Gepetto (Tom Hanks). It seems that Disney will recreate the story from the original 2D animated movie, making it so that the toymaker wishes for Pinocchio to come to life. The wish is granted, as seen in the Pinocchio trailer when Cynthia Erivo’s (Chaos Walking) Blue Fairy comes late at night, and waves her wand around.

“Hello, pops!,” Pinocchio — voiced by Benjamin Evan Ainsworth — yells the moment he comes to life. The Disney film will incorporate real-life actors and CGI onto the same plane, akin to Jungle Book (2016). The living puppet then sets off on an adventure, meeting countless familiar characters such as Jiminy Cricket (Joseph Gordon-Levitt), Sofia the Seagull (Lorraine Bracco), and the villainous Coachman (Luke Evans) — the latter of whom intends to take Pinocchio to Pleasure Island.

The Pinocchio trailer also offers some quick glimpses at the con-artist fox Honest John (Keegan-Michael Key) and Gideon the Cat, who convince Pinocchio to join Stromboli’s (Giuseppe Battiston) puppet show and become a star attraction. “Why on earth would you want to be real, when you can be famous!” he says in a conniving tone. As the story goes, we see our hero getting locked up in a cage, causing Geppetto to start worrying about his whereabouts. From here, the Pinocchio trailer cuts to quick shots of the beautiful vistas and adventures Pinocchio gets himself into. In the end, there’s a small tease of his nose getting longer, presumably after lying.

Zemeckis and Hanks’ collaborative partnership dates back to the Oscar-winning Forrest Gump. The pair then collaborated on Cast Away and the Christmas cult classic The Polar Express, which was filmed using motion capture. Zemeckis co-wrote the script for Pinocchio with Chris Weitz (Rogue One: A Star Wars Story).

Pinocchio will be out for streaming on September 8, exclusively on Disney+ and Disney+ Hotstar.