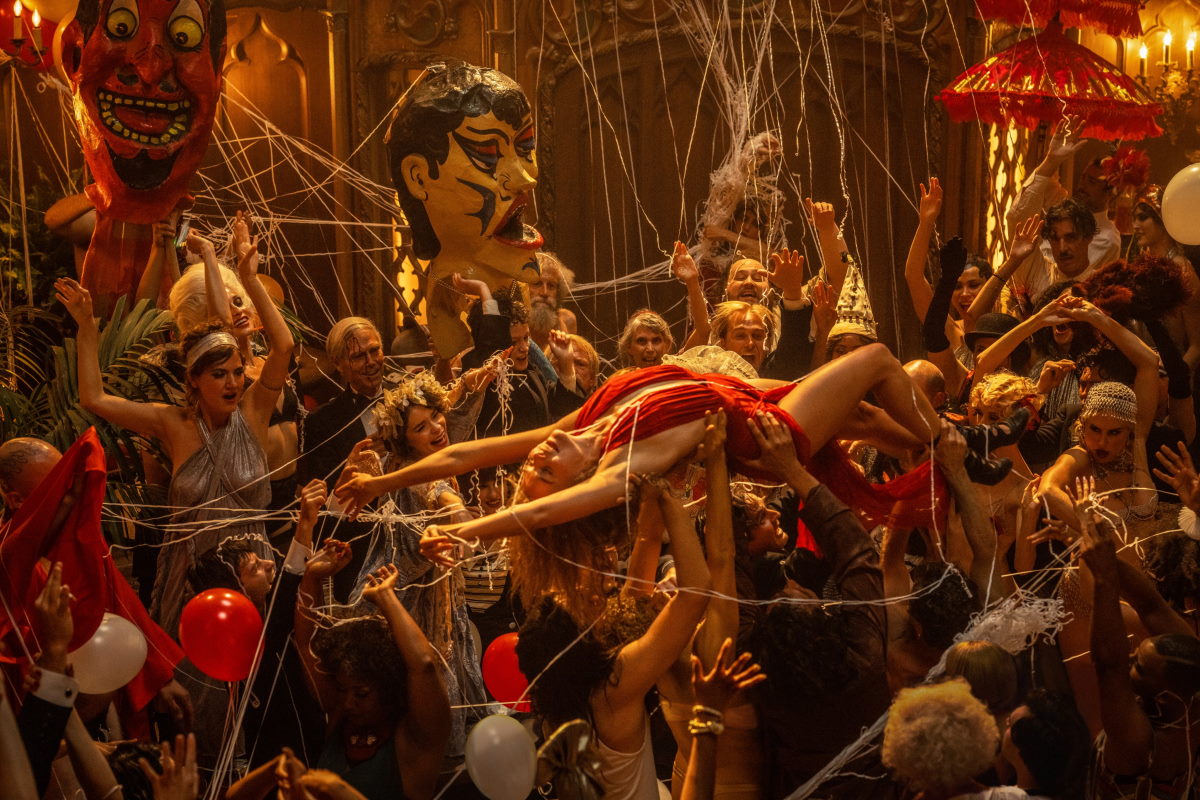 Babylon trailer is finally here. Paramount Pictures has dropped the first trailer for Damien Chazelle’s upcoming Old Hollywood piece, starring Brad Pitt and Margot Robbie in the lead. Set in the late 1920s, the film follows scandalous setpieces from Tinseltown, as the industry shifts from the silent movies era to talkies. Oscar-winning Chazelle directs the film from his own script, in the hopes of creating something “boisterous and loud.” Babylon drops in select theatres in the US on Christmas Day, with a global release set for January 6, 2023.

The Babylon trailer opens with Nellie LaRoy (Robbie), an aspiring actress, snorting cocaine with her friend Manny Torres (Diego Calva) in a dingy room, dreaming of huge parties that they could be part of. “If I had money, I would only spend it on things that were fun, you know, not boring things like taxes,” she says, as the trailer cuts to an extravagant dance sequence, filled to the brim with decorations, vibrant costumes, and jazz music — a signature trait for Chazelle’s films at this point. The filmmaker previously dabbled with said music in Whiplash and the nearly Academy Award-winning La La Land, where he noted that the genre was dying.

With Babylon, however, set in the golden age Hollywood, the filmmaker gets to explore the music in full force, creating large-scale dance sequences, as amber light pours upon the stars. In fact, the film is so populated with dramatic setpieces, that it boasts a heavy runtime of 3 hours and 5 minutes. The Babylon trailer then introduces us to Pitt’s character, Jack Conrad, an established Hollywood star who wants to move from the era of silent movies. “When I first moved to L.A., signs on all the doors said: no actors or dogs allowed. I changed that,” he says, gloating about his achievement.

The Babylon trailer also hints that Conrad has plans to work on a medieval piece, featuring armoured knights that bash into each other, making for a thrilling experience. The trailer ends with a montage of clips, with Pitt falling off a balcony in his underclothes, gunfires all around, and Robbie declaring that she wants to fight a rattlesnake. The ensemble cast for Babylon also includes Olivia Wilde (House M.D.), Tobey Maguire (Spider-Man), Samara Weaving, Jean Smart, Li Jun Li, Jovan Adepo, Katherine Waterston, and Spike Jonze — best known for MTV’s Jackass and the director of the Joaquin Phoenix-led Her.

Babylon is set to release on December 2 in select theatres in the US. The film drops worldwide on January 6, 2023.