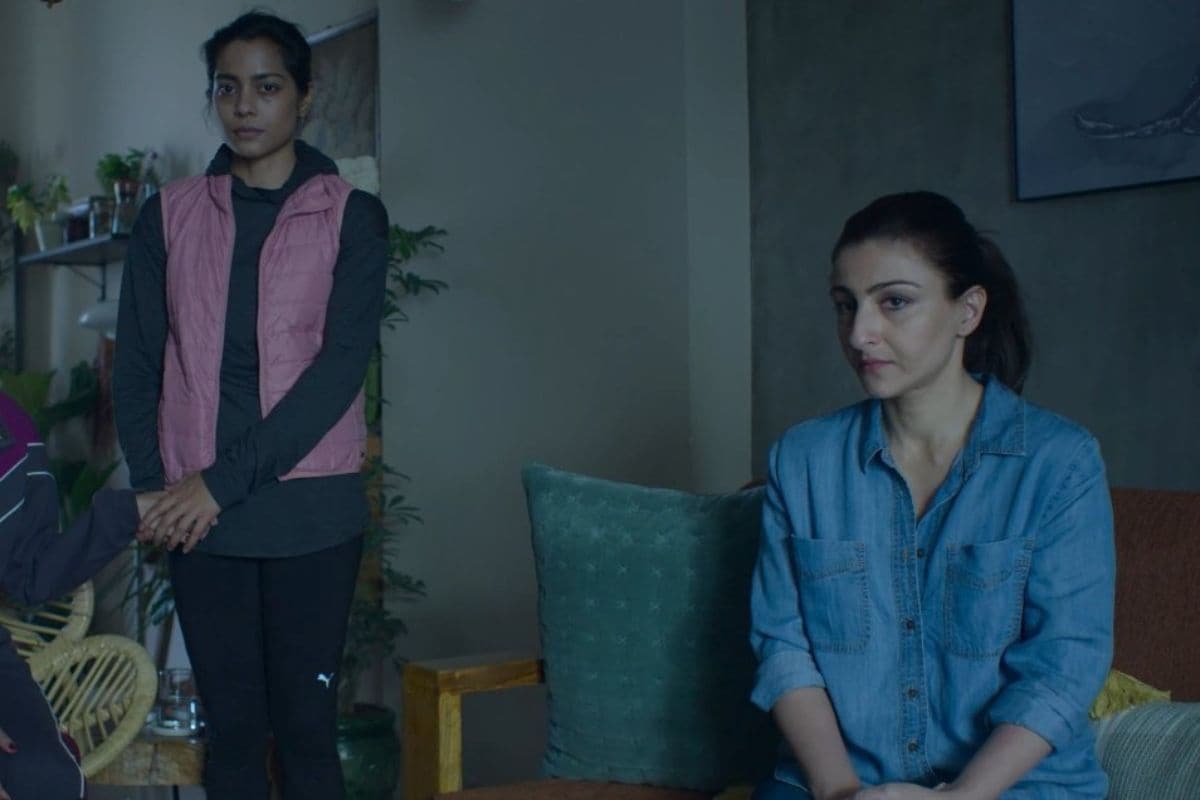 The Hush Hush trailer kicks off with a narration by Chawla, who marks her streaming debut with Prime Video. “As children, we’re told not to do things that we will regret,” she says, while the footage hints at something sinister — to the point where she is scared to face the elevator camera. It then cuts to a duo of police officers, led by Karishma Tanna (Sanju), arriving at the crime scene — an apartment complex populated by rich folks. The trailer briefly touches upon the class divide between the rich and the poor, claiming that the lives of ordinary people are far boring compared to the elite.

The Hush Hush trailer then jumps back in time to reveal the crux of the story. A dangerous encounter at a party hurls four friends — played by Chawla, Soha Ali Khan, Shahana Goswami, and Kritika Kamra — down a rabbit hole, as they try covering up a man’s murder. The plot beats feel quite similar to HBO’s Big Little Lies — precisely, season 2 — where the unlikely group of women team up to cover each other’s alibies, ultimately bonding as friends. Understandably, the said events create some friction within their families, unravelling secrets and past lies that threaten to ruin their image. Joining in on their crusade is Ayesha Jhulka, an older woman, who seems to have some connections within the larger legal system.

The remaining trailer for Hush Hush focuses on the investigation aspect, as Tanna’s character tries questioning the key suspects. Understandably, the women maintain their silence, despite having substantial evidence and reasonings stacked up against them. “My gut’s telling me that they are hiding something,” she insists, while her senior officer outright denies those claims. “Since you’re not rich, you don’t understand their lives,” says a voiceover, which indicates that the socio-political commentary is an important theme in Hush Hush.

Hush Hush was announced earlier this year as part of Amazon’s Indian Originals lineup, alongside 57 other titles, eyeing a release within the next couple of years. The studio has been marketing this project purely based on the all-female cast and crew, proudly championing female-first narratives in the foreseeable future.

“Women are 50 percent of the population, yet stories told by them and from their perspective are far and few in between,” said Aparna Purohit, Head of India Originals, Prime Video in a prepared statement. “At Prime Video, we are committed to giving a global platform to diverse, authentic and relatable female stories, and with Hush Hush, we are taking our commitment to female-forward narratives a step further,” she added.